In order to establish the correct succession to Mr Curati’s estate it was necessary to establish which were the correct jurisdictional rules to apply as to whether an holographic Will made by the deceased in Italy on 20 September 1994 revoked his earlier English Will made on 18 December 1980.

Perluigi Curati was born in Piacenza in Italy in 1927 of Italian parents; they moved to Carponeto where he met his future wife; he was survived by his sister but his brother died in WWII. His parents ran a restaurant and hotel in Carponeto where the deceased worked until he moved to London in April 1955 for economic reasons.

Mr Curati met his wife in Italy but she was born and bred in England although her parents were Italians who had emigrated to London following WWI. When the deceased came to London he worked as a cook for them in their Camden restaurant and in July 1955 he married his wife. Her parents shortly afterwards transferred the restaurant to the two of them. Mrs Curati had a brother who benefitted in a similar way afterwards with another restaurant.

The Curatis matrimonial home was in England and the pair were devoted to each other. They had no children of their own. Mrs Curati’s brother had two children Sylvana and Roberto Perdoni (the claimants).

In the late 1970s the Curatis sold the Camden restaurant and invested the proceeds in investment properties which were let out. When Mr Curati’s father died he inherited his parent’s home in Italy and this was retained but also let out. Over time they built up a similar Italian investment property portfolio to the one they had in England and bought holiday homes for their own use in their home town.

The deceased had sufficient English to deal with his business in England but tended to speak at home in the local dialect of his mother tongue. When he had to attend official meetings he would go with his wife who acted as a translator. He also retained his Italian citizenship. Mrs Curati was almost the opposite – she was not at home speaking ordinary Italian, only the local dialect of her family and she was a British citizen having been born and brought up here.

According to Sylvana the Curatis spoke of being buried in the family plot in Carponeto, which was usual for Italians.

The deceased and his wife made English Mirror Wills on similar terms. They included a desire to be buried in Carpaneto and in the deceased’s case left the whole of the estate to Mrs Curati if she survived him by one month; in the event she did not so survive, then Barclays Bank Trust Company Limited was appointed as executor and his estate was left to the Perdonis.

The 1994 Italian Wills were also mirror Wills. The deceased appointed Mrs Curati as his sole or universal heir –  this meant his wife would inherit all his property, wherever it was located.

Mrs Curati contracted intestinal cancer in 1992 and died on 10 July 2007. She did not wish to leave England as she trusted and was dependent on the care she received from the NHS.

The deceased suffered a stroke in 2000 and from then on his health declined such that by 2002 he was not able to manage his business so he enlisted the help of Mr Bocelli, the son of Mrs Curati’s brother. Mr Bocelli eventually gave up his job to manage the Italian property portfolio full time. The deceased could not persuade him or anyone else to manage the English property portfolio so the Curatis sold all their investment properties in England in 2002/3 retaining only their family home. The proceeds were invested in financial products and in renovating a house in Carponeto where they could live in retirement or if Mrs Curati died the deceased could live after her death.

In October 2004 the deceased suffered a further stroke which impaired his mental capacity. He was moved to a care home in 2006 because he was not able to be looked after at home. After this Mrs Curati wanted to change her English Will but not her Italian one and instructed a solicitor to ensure her new Will dealt only with her English assets. It left her husband £500,000 and the remainder between various people including Sylvana and Roberto. Mr Curati was no longer capable of making a new Will.

Following Mrs Curati’s death a solicitor was appointed as a Deputy by the Court of Protection to manage Mr Curati affairs and his welfare. Mr Bocelli wanted to remove Mr Curati to Italy whereas the Deputy felt that he should remain in care in England. Mr Bocelli argued that in lucid moments Mr Curati said he wanted to go to Italy to die. The Court of Protection decided in favour of the Deputy. On 23 July 2008 the deceased died.

Mr Justice Sales examined first the country of domicile at the date Mr Curati made his English Will:

He referred to the decision of Scarman J (as he then was) in the leading case of In the Estate of Fuld decd. (No 3) [1968] P 675 which stated that the domicile of origin adhered unless displaced by satisfactory evidence of the acquisition and continuance of a domicile of choice, which means being resident within a territory, subject to a distinctive legal system, with the intention of residing there indefinitely.

The deceased had by the time of making his English Will formed the requisite intention to reside indefinitely in England and therefore had acquired a domicile of choice. The reasons given were:

As a result of deciding that the deceased died domiciled in England the Judge decided that the assessment of the effect of the 1994 Will had to be made by reference to English rather than Italian law. However, in case his decision as to domicile was challenged he took evidence as to what the Italian law might be.

Application of the outcome to question of succession

As there was no express revocation clause in the Italian Will the question of whether it revoked the earlier English Will depended on whether it could do so by implication. In relying on Halsbury’s Law vol 102 para 98 he decided that it was a fair summary of the law that there is a presumption against implied revocation and that an implied revocation will only be found from looking at the terms of successive testamentary instruments if it is established that there is a logical inconsistency between them.

The case of Lemage v Goodban (1865) LR 1 P & D 57 is authority for saying that the Will of a man is the aggregate of his testamentary intentions and if a subsequent testamentary document is partly inconsistent with an earlier one then the latter partly revokes the former as to those parts only as are inconsistent. All that matters is what did the testator intend? Not, how many pieces of paper are there!

As a result of this analysis the Judge decided that there was no material inconsistency between the two Wills – the Italian Will is silent about what would happen should Mrs Curati die before the deceased; whereas the English Will makes express provision for that.

Therefore, the material part of the English Will was not revoked by the Italian Will so that English estate was left to the Perdonis and not the heirs to Mrs Curati’s estate i.e. her sister. 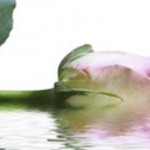 Widow’s Claim Against The Estate – The Application Of The Divorce Fiction Post Charman v CharmanProbate
Burial or cremation: who has the right to decide after death?Probate
This website uses cookies for functionality and to help us to improve the experience of the website. By continuing to use this website, you accept their use or you can also change your personal settings.