Capital Gains Tax (CGT) is payable on the 31 January following the end of the tax year in which the disposal is made.

These due dates for payment must be met failing a reasonable excuse or otherwise interest, penalties and surcharges can be levied. A surcharge would only be charged if the time which had elapsed between the due date and actual payment was beyond the surcharge trigger date.

The case of the Trustees of the D R Shanks Discretionary Trust v HMRC [2011] UK FTT 332 explores whether it was appropriate to apply the surcharge or whether the Tribunal was able to set it aside on the basis of reasonable excuse.

Mrs Muirhead took over as the lead trustees of the D R Shanks Discretionary Trust following the death of her mother. It was her mother’s death which triggered the sale of a trust property at a sizeable gain subject to CGT in the tax year 2008/09.

The trust tax return was filed online on 18 January 2010 by the trust’s accountants i.e. before the filing deadline and the due date of payment of tax of 31 January 2010. It contained a self-calculation of the tax due. No tax was paid by the due date. A payment was made on 5 February 2010 of £46,398.54 which reduced the sum due to £490,787.31. This amount remained outstanding until after 28 February – the exact date when it was paid is unknown but it was sometime after 20 April 2010.

When HMRC processed the trustees’ tax return it agreed with the tax calculation so did not issue one of its own. There was a subsequent amendment to the return submitted by fax to claim some management expenses and this amendment was also processed.

The professional advisers wrote asking for the surcharge to be set aside and gave over time various reasons. The tax was paid immediately from funds held by the trust’s solicitors.

The Tribunal Chair noted that the Tribunal had the power to set aside the surcharge under s.59C Taxes Management Act 1979 if it appears there was a reasonable excuse for the late payment of tax. He did not find this to be the case here.

Copyright All Rights Reserved © 2022
Construction – is it or is it not a Disabled Person’s Interest?Trusts 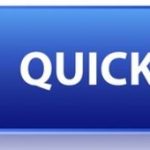 SDLT and Trustees: A ReminderTax
This website uses cookies for functionality and to help us to improve the experience of the website. By continuing to use this website, you accept their use or you can also change your personal settings.