Provision under the Inheritance Act for Spouses – Update

A deceased’s spouse is in a unique position under the Inheritance (Provision for Family and Dependants) Act 1975 (‘the Act’) being entitled to the higher level of provision under s 1(2) namely, “such financial provision as it would be reasonable in all the circumstances of the case for a husband or wife to receive, whether or not that provision is required for his or her maintenance”.

Under s 3(1) of the Act, in assessing whether reasonable financial provision has been made and, if not, in determining whether and in what manner to exercise its powers under the Act, the court must “have regard to the provision which the applicant might reasonably have expected to receive if on the day on which the deceased died the marriage, instead of being terminated by death, had been terminated by a decree of divorce.”

It is clear from the authorities that ‘the divorce fiction’ provides neither a floor nor a ceiling to the quantum of any award to a spouse under the Act. Thus, each case will be dependent on its own facts and there is considerable scope for judicial discretion. Two recent cases provide good examples of the breadth of this judicial discretion.

Mrs Baker applied for reasonable financial provision out of the estate of her late husband. The assets of his estate comprised the former matrimonial home (worth about £340,000), the freehold interest in the deceased’s business premises (worth about £150,000 with its current use) and the deceased’s scrap metal and recovery business “Whip Street motors”.

The trial judge (Paul Chaisty QC sitting as a Deputy Judge of the High Court) complained bitterly about the lack of valuation evidence of the deceased’s business:

“During the course of the trial I expressed concerns on a number of occasions about the task which I was being asked to undertake, namely to value the estate’s interest in the business and assets in the absence of expert evidence or any clear evidence at all as to relevant events and factors … I asked the parties on several occasions what realistically I was being asked to do in the circumstances. In response to my own questions I ventured the answer ‘do my best in all the circumstances’. This received a positive response from both sides.”

Since the deceased’s death the sons had invested considerable resources, time and effort into the business which was now very successful. The judge recognised their contribution but said they “have in large part arrived at where they are now from trading on with the name Whip Street Motors, operating from the two relevant sites and adopting and developing the customers and contracts in effect inherited from the Deceased.”

The judge unhesitatingly concluded that the will failed for make reasonable financial provision for the deceased’s wife and partner of over 20 years and the mother of his four sons.

He referred to the observations of Wall LJ in Cunliffe v Fielden [2006] 2 WLR 491 who, having discussed proceedings between divorced former spouses under the Matrimonial Causes Act 1973 and White v White [2001] 1 AC 596 said:

“ … a way of assessing the fairness and non-discriminatory nature of the proposed result is to check it against the yardstick of equality of division. There is, however, no presumption of equal division of assets, but as a general guide, in the words of Lord Nicholls of Birkenhead at 605, “equality should be departed from only if, and to the extent that, there is good reason for doing so…”. Caution however seems to me necessary when considering the White v White cross check in the context of a case under the 1975 Act… in cases under the 1975 Act a deceased’s spouse who leaves a widow is entitled to bequeath his estate to whomsoever he pleases; his only statutory obligation is to make reasonable financial provision for his widow. In such a case, depending on the value of the estate, the concept of equality may bear little relation to such provision.”

He ruled that the Applicant was entitled to the former matrimonial home absolutely and a lump sum of £410,000. He assessed the lump sum by reference to estimated reasonable income needs of £20,000 to £25,000 per annum capitalised to produce this figure.

“On the figures I have proceeded on, namely an estate of £1,150,000 to £1,350,000 an award of £750,000 is more than half. The authorities do not provide for a maximum figure and the factors set out within the Act have to be taken into account and applied against the yardstick of equality.”

The award is plainly a generous one. The provision for Mrs Baker of £750,000 left the 4 children having to raise £410,000 from the business and business premises and then to attempt to run the business profitably and service the borrowing. This is a helpful case to rely upon for a spouse seeking provision under the Act.

The Applicant, Mr Baron, was 73 at the date of the hearing. He claimed reasonable financial provision from the estate of his late wife (Mrs Waite), who had died in 2003. She had been married previously and had two children (Mrs Woodhead and Mr Waite) from that marriage. Mr Baron and Mrs Waite met in 1986 and cohabited from that date. They married in 1993. Everyone agreed that the marriage had its ‘ups and downs’ and both were heavy drinkers. They had separated by September 2001. Mrs Waite had consulted solicitors and considered a possible divorce but no proceedings were issued.

The Applicant ran a haulage business until he was adjudged bankrupt. He claimed that, at its height, the business generated a turnover of over £6m per annum. It was alleged that he had, prior to his bankruptcy, disposed of assets to various family members including his wife, to avoid his creditors.

The judge concluded that the deceased’s estate was worth a net sum of £315,000. This included £110,000 in a property purchased by Mrs Waite in her sole name shortly before she died, foreign assets of £117,000 which the judge found was likely to have derived from Mr Baron or other members of his family and a 25% share in the former matrimonial home (as negotiated with the Mr Baron’s trustee in bankruptcy). She had left her estate under her will largely to her two children.

The judge found that Mr Baron had an income derived from state benefits of £190 per week and capital assets totalling £1,000. He was facing eviction from the former matrimonial home due to court proceedings taken by his trustee in bankruptcy and had nowhere to go.

HHJ Behrens sitting as a Deputy High Court Judge concluded that reasonable financial provision had not been made for the Applicant. He considered the most relevant factors to be that he was likely to be homeless in about 3 weeks, he had been made bankrupt with the result that all his former assets have vested in his trustee in bankruptcy and there was no evidence that he could re-house himself.

The judge recognised the need to re-house the Applicant but rejected the application for a further capital award on the basis that he had previously dissipated funds, he had willingly given moneys to his wife and should not be entitled to have these returned to him save as what might be needed for his reasonable needs and “the fact that the parties made no claim against each other in the 2 years following the separation militates against an award over that which is necessary for his maintenance.”

He awarded Mr Baron a life interest in £100,000 to be used to purchase a flat or house and a lump sum of £25,000 to defray any costs of moving, to set himself up in the property and to provide a cushion against future expenses.

The award in this case clearly falls at the lower end of the scale. The Judge was plainly influenced by the Husband’s attempt to recoup assets transferred to avoid the clutches of the trustee in bankruptcy and the absence of any ancillary relief claim following the marital separation. This will be a helpful case to rely upon when acting for a beneficiary attempting to resist or limit the claims of a spouse.

Leslie Samuels
Leslie Samuels QC
Leslie is an exceptional advocate and is held in high esteem for his expertise in children work both in public and private law cases, in financial remedies cases and in inheritance and probate disputes. He has 25 years of experience as a barrister and took Silk in 2011. In 2012 he was appointed as a Family Recorder on the South Eastern Circuit.
E: l.samuels@pumpcourtchambers.com
Web: Pump Court Chambers
Recommended Posts 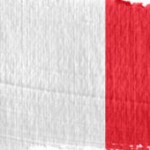 French RevolutionProbate
Do not underestimate the power and the importance of the District Valuer on any property visitProbate
This website uses cookies for functionality and to help us to improve the experience of the website. By continuing to use this website, you accept their use or you can also change your personal settings.